Sweeping the furniture industry off its feet .

In 2016, Nicole Basenach enrolled in one of Italy’s most demanding cycling events. In one day, she climbed the equivalent of half of Mount Everest’s vertical drop. Intense, you say? Yes, that describes the Vice President and Customer Experience Director at Meubles South Shore! Her background, experience, and personality traits have proven to be quite beneficial. As the furniture industry was in dire need of a transformation, Nicole decided that immobility and passivity were no longer an option!

Here’s a recap of our discussion with this driven manager who
believes we need to get moving, ASAP!

Challenge as a way of life

Upon listening to her story, it’s clear to see that Nicole isn’t afraid of change or challenges. She is used to moving from one environment to another. Steep inclines and sharp turns are part of her day-to-day.

When she was merely 22, she left her quaint German hometown to continue her studies in Quebec. The “transplant,” to use her expression, worked so well that she chose to extend her stay in the province.

After completing a Bachelor’s Degree in Administration and earning an MBA from Laval University, she was recruited by Charcuterie La Tour Eiffel, which at the time was a subsidiary of McCain, where she climbed the ladder at her own (accelerated) pace. Only six months into her new job and she was appointed Director of Marketing.

Eight years later, her world turned upside down! Nicole moved from the food industry into the furniture industry where she joined Meubles South Shore's team. It was in Sainte-Croix that she worked as Category Manager and Product Development Manager for the Quebec-based manufacturer. After returning from her maternity leave, the Meubles South Shore team proposed that she take the reins of the Customer Experience department.

“Did I really need that change at the time? No,” Nicole laughs. But she wholeheartedly accepted because a challenge is a challenge, and that’s what drives her. As it turns out, her new role gave her the opportunity to focus on another major industry transition: the digital transformation of the company and its shift towards B2C. 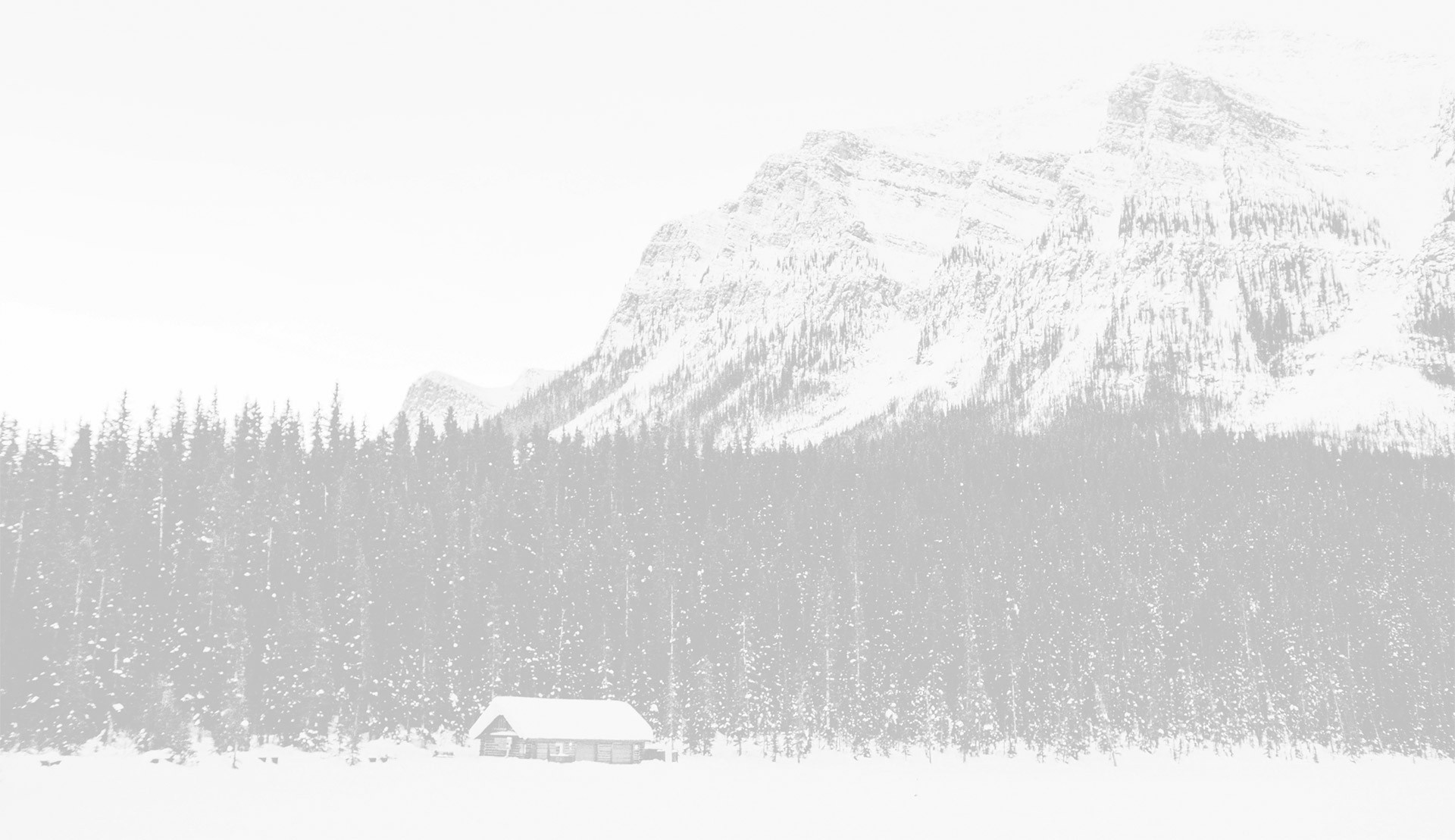 Meubles South Shore has long been defined as a furniture manufacturer. It still is, of course, but today it’s much more than that. As in its beginnings, the company produces tables, bookcases, chests with drawers, cabinets, and so on. It also now offers complementary de­corative  products—baskets, bedding, mattresses, chairs and sofas—a niche developed by Nicole and her team  to offer a complete solution to consumers.

This major transformation changed the way Meubles South Shore sells its products, which, today, is close to being entirely digitized. For most of its existence, the family-run business founded in 1940 sold its furniture exclusively to retailers and via catalogs. That was the traditional model, which most industry businesses still follow.

“However, at one point, we were struck by competition from Asian imports and the US dollar. Retailers got into trouble,” explains Nicole Basenach. Meubles South Shore wasn’t the only business to take a hit. The last ten years have been tough for the entire Cana­dian furniture industry; trying to push forward despite the powerful undercurrent.

While several major manufacturers were forced to close their doors, the Sainte-Croix manufacturer resisted. Better yet, Meubles South Shore was experiencing exceptional growth. What’s the key to its success? It’s most likely due to its timely digital transition.

“We shipped our first online furniture order in 2004,” says Nicole. That year, Meubles South Shore launched the sale of its products on major retail websites,  such as Amazon, Walmart, Target, and Wayfair.

The experienced manager acknowledges that this step disrupted the business. Consequen­tly, change always comes with acceptance and adaptation challenges. Fortunately, Meubles South Shore was able to pull through these challenges thanks to “its foundation,” explained the Vice President. “In a world where everything moves so fast, strong values and a strong corporate culture have anchored the team to the solid foundation we worked so hard to build.”

It didn’t take long for Meubles South Shore’s bold move to pay off. Since 2004, the percenta­ge of online sales has dramatically increased and resulted in an impressive upward curve. By 2012, the team had already reached 70%. 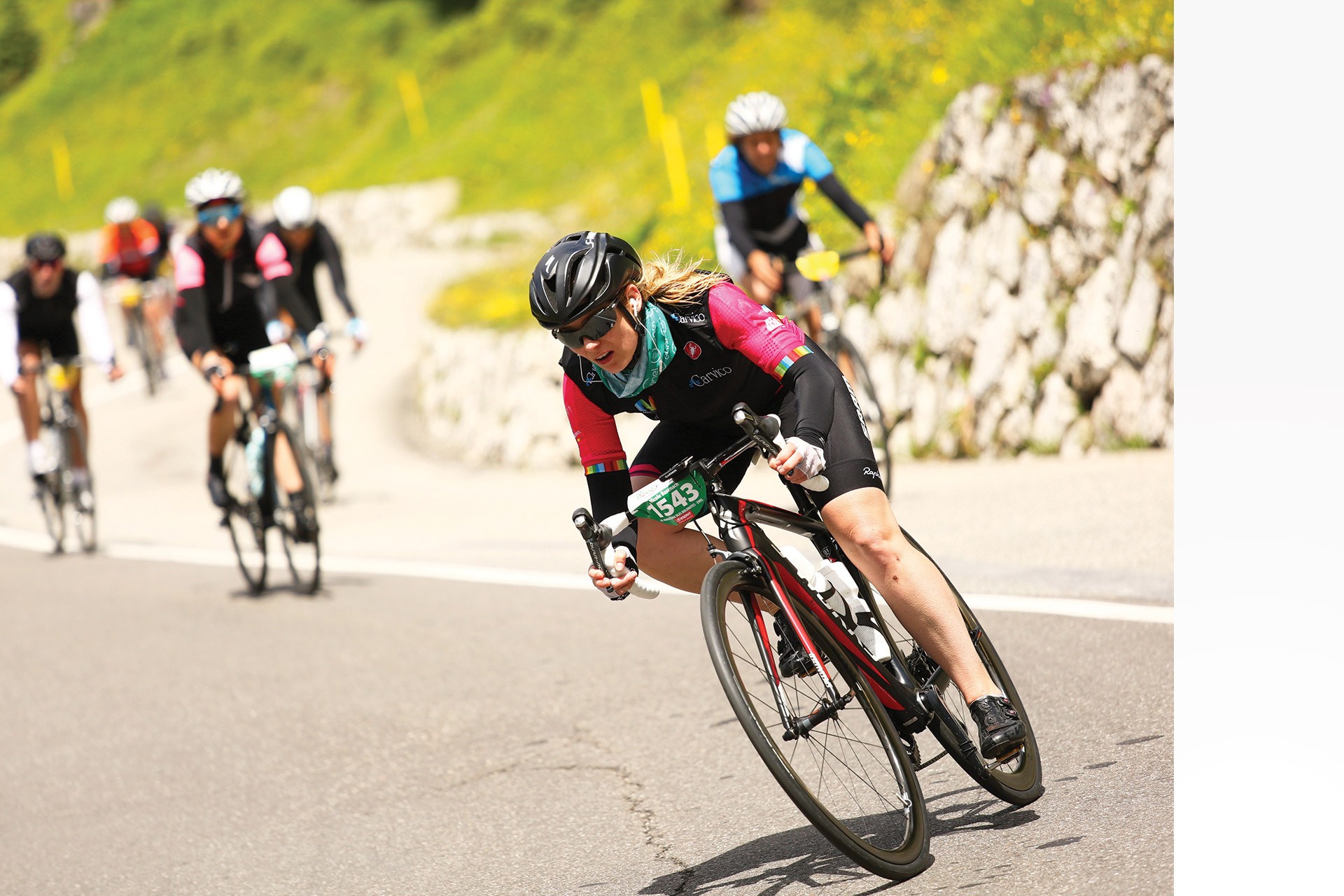 Given the positive outcome, Meubles South Shore pursued its digital transformation. In 2016, the business launched its virtual store to showcase and sell its products not only on major retail store websites, but also on its own newly branded platform.

As per usual, the project piloted by Nicole was conducted with intensity. “I’ve rarely seen a client so invested in a mandate,” exclaimed Sébastien Morin, of the Mirego team, who worked with Meubles South Shore to develop a transactional platform.

With such a tight deadline and a small team working on the project, Nicole spent a lot of time in the office. “Perhaps too much,” she admits with a smile.

Not only is the German born Quebecer endowed with an above-
average energy level, but she also makes herself easily available, is extremely devoted, and particularly meticulous. Generally speaking, when website launches approach, people tend to cut corners. For Nicole, this was never an option!

“As managers, we’re often encouraged not to focus on  small details,” she explains, “but I think success is often in the details. When you’re in charge of a brand, when you want to bring it to life, success lies in these small attentions.” 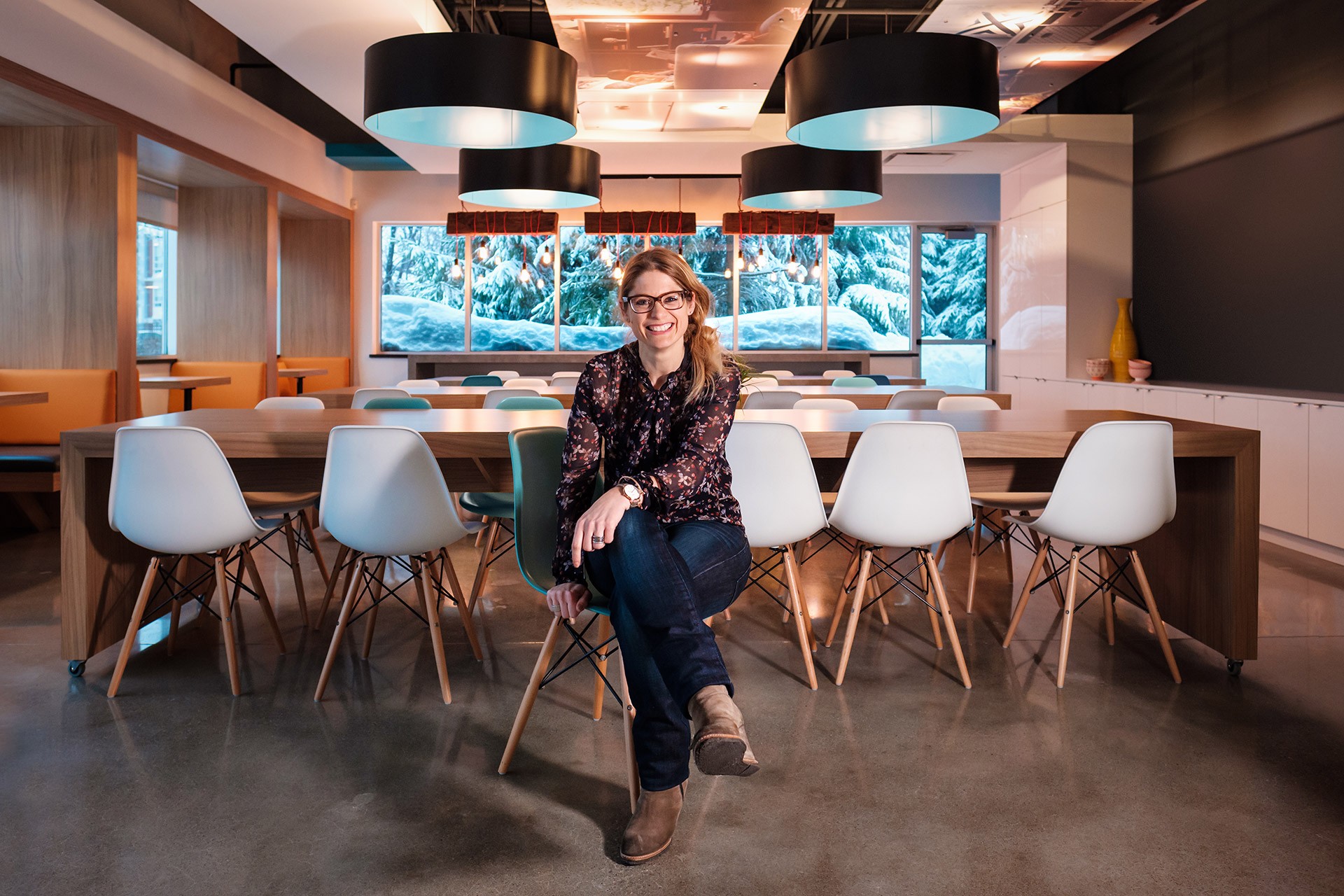 An open ear and sensitivity for customer service 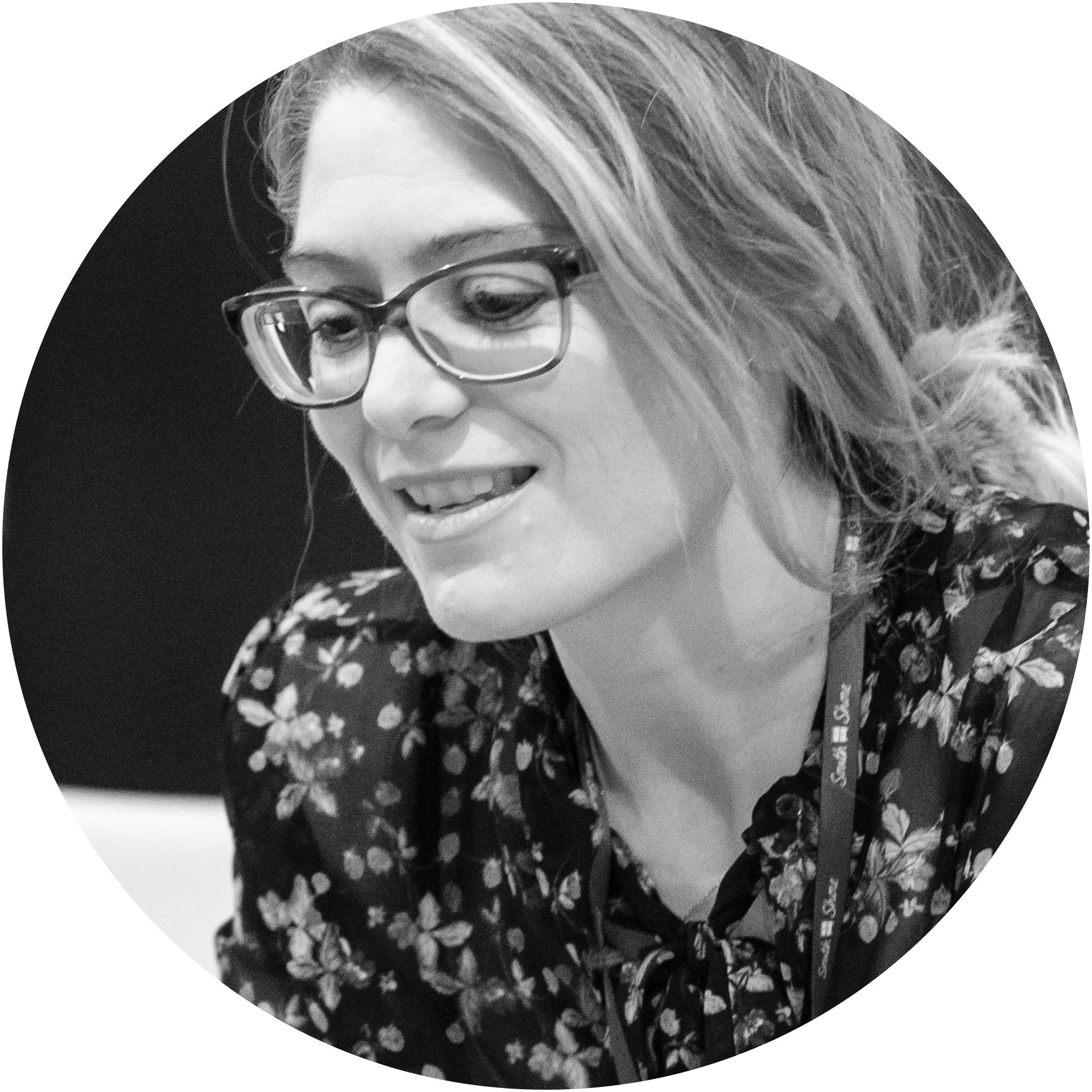 Without a doubt, technology has served as a springboard for Meubles South Shore over the past fifteen years. And by that we don’t just mean any technology, but rather a technology based on the actual needs of its users.

As the Customer Experience Director explains, “You can have the best platform, the savviest tools, or the most impressive application out there. But if you aren’t sensitive to customer service and actively listening to better understand your customers’ real needs, your product will be worthless. You’ll have developed a product for technology’s sake. Where’s the value in that?”

According to Nicole, Meubles South Shore was able to adapt to the digital era thanks to this particular attention to listening, and acute sensitivity towards improving the customer experience. Her desire to learn more about the customers’ needs and tastes without having to rely on an intermediary retailer empowered the team to explore the limitless possibilities offered by the Web.

Today, Meubles South Shore’s listening capacity has increased tenfold. Thanks to this digital shift, the company can now learn directly from its customers on an ongoing basis. Since then, Nicole and her team continue to welcome change along with the constant adaptation challenges brought forth by the latter. Day after day, she can access everything she needs, “And that changes all the time. Terribly fast,” notes Nicole. Now, that’s precisely the kind of rhythm any intense manager longs for. 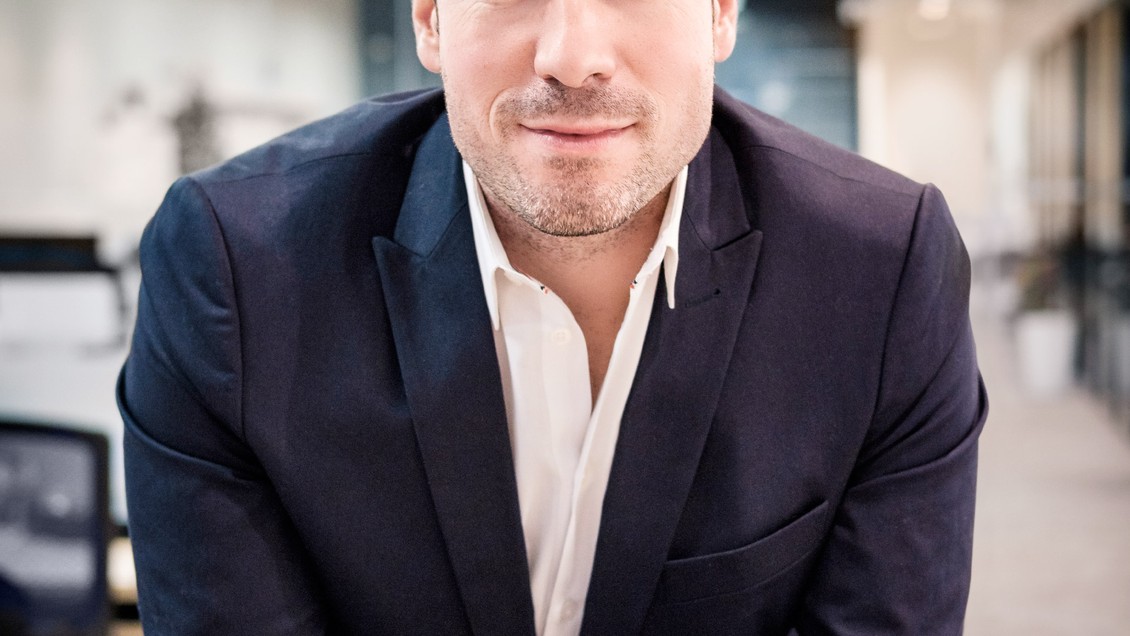