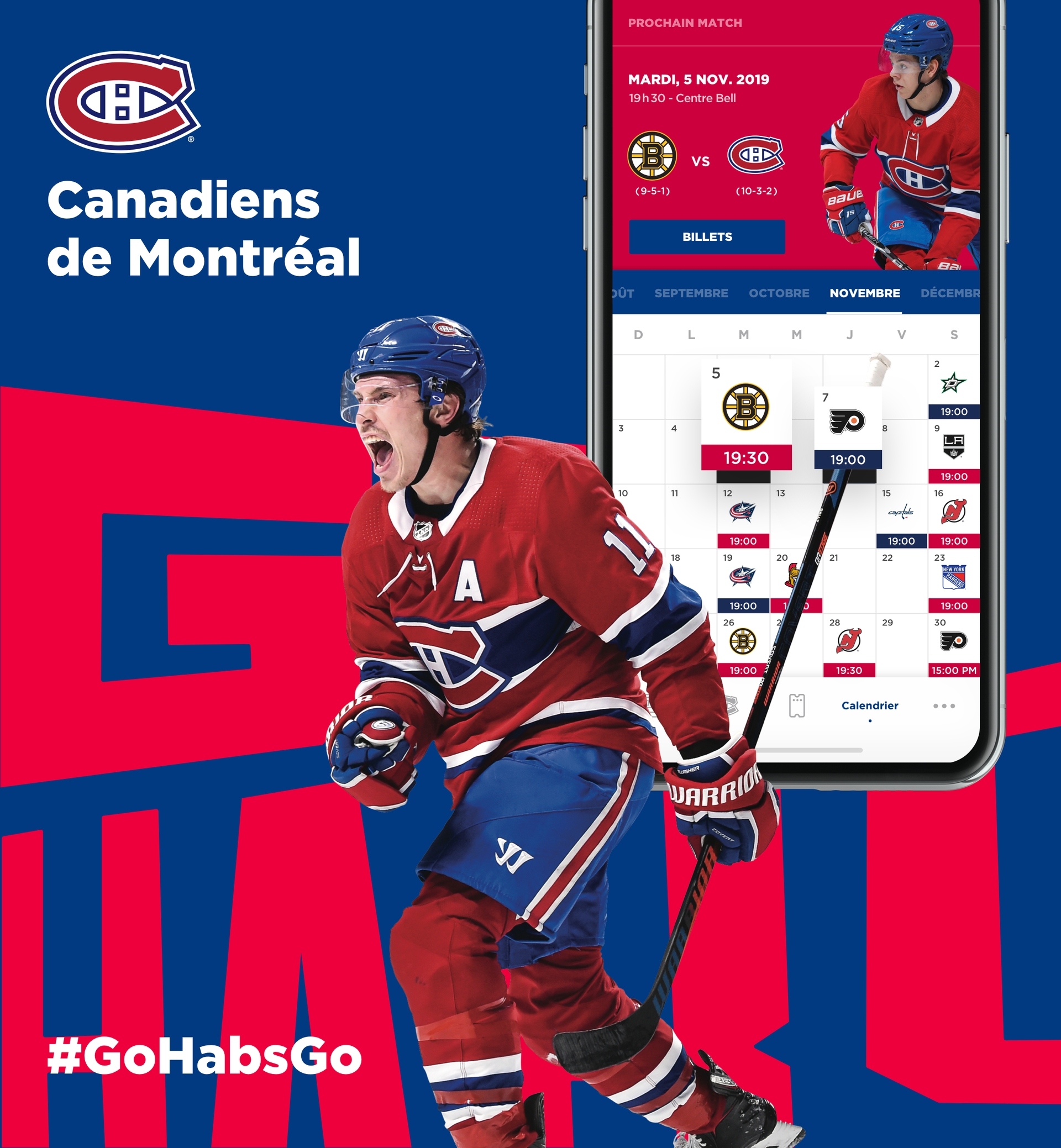 Starting tomorrow, ticket sales for individual Canadiens games can be made via their all-new app.

MONTREAL - The Montreal Canadiens announced that the sale of tickets for the Canadiens' 41 regular season games at the Bell Centre in 2019-20 will get underway Saturday, September 7, at 9:00 a.m. on the team's official website www.canadiens.com and the club's new app.

There will be a purchase limit of eight (8) tickets per transaction.

All tickets can be purchased and viewed in the all-new Canadiens mobile app, released this week on the App Store and Google Play for iPhones and Android devices. The custom app was developed in partnership with Quebec-based Mirego and features a unified news feed that also delivers video content, team promotions, and contests, in addition to expanded player statistics and real-time game updates. The app also delivers important updates to a user's Club 1909 fan account and connects with Ticketmaster for easy management of a user's tickets. Updating the team's old app will install the new version; alternatively, to download for the first time, fans can head to canadiens.com/app and select the platform of their choice.

Details on the ticket sales are available on www.canadiens.com.