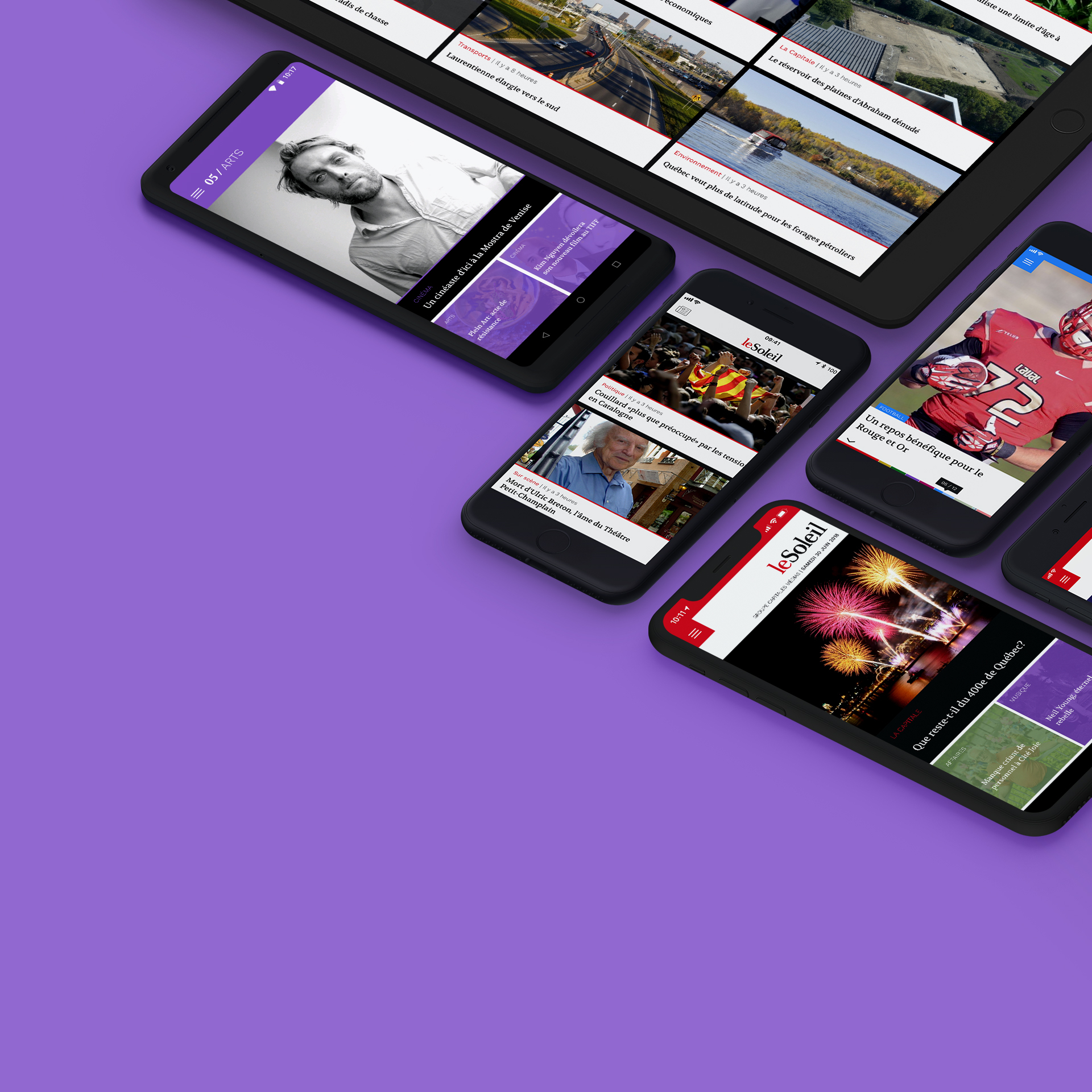 Driving the news, from Matane to Montreal. 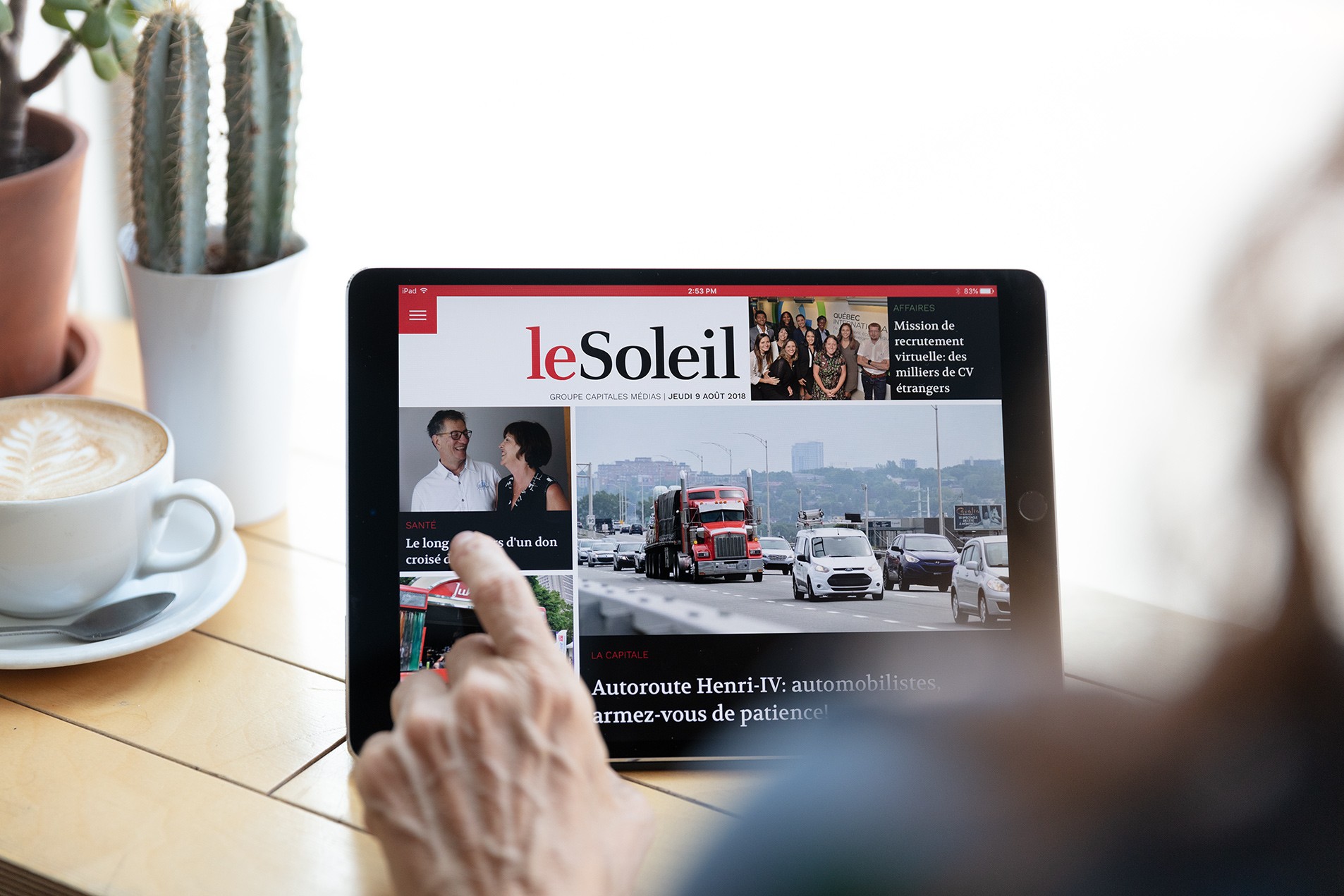 For Groupe Capitales Médias, time was of the essence. With a province-wide launch campaign fast approaching, the company needed to quickly regain control of its properties. Mirego managed to deliver the 12 mobile applications in a remarkably short time, doing whatever it took to succeed.

Less than 16 days after their official launch in October 2015, the apps had been downloaded more than 110,000 times. By the end of September 2016, they had been downloaded more than 255,000 times. On average, users spend over six minutes in an application, and the applications are viewed by more than 65,000 people across the province every week. This level of engagement offers exceptional visibility to the group’s advertisers. 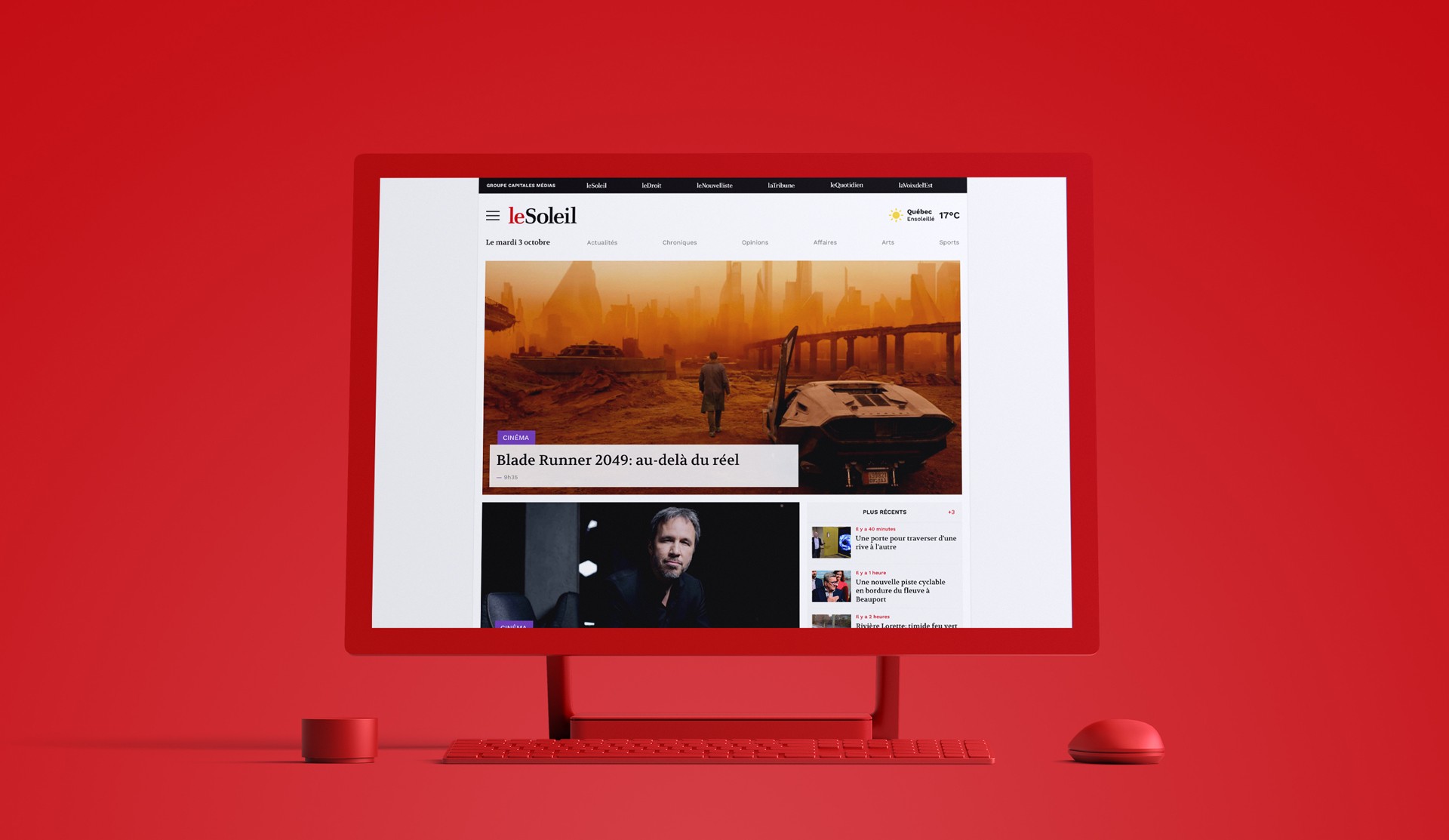 Engaging readers on the Web.

Mirego redesigned the websites for all the daily publications, completely reimagining their interfaces to increase the duration and degree of reader engagement. The websites, which is also suitable for mobile screens and tablets, can be navigated quickly and efficiently. At the end of an article, a new article is automatically suggested to the reader so that he or she can easily continue, providing an experience that significantly improves all the daily publications’ key performance indicators.

Propelling the digital transformation of media.

The platform that drives the digital ecosystem of GCM’s dailies became Omerlo Technologies, a company created by Groupe Capitales Médias and Mirego. Omerlo Technologies has set itself the goal of helping local media transition to digital technologies and position themselves effectively in a digital world where readers expect information to be available everywhere and at all times. To learn more about Omerlo, visit http://www.omerlo.com.

“Mirego quickly established itself as the best partner to develop our group’s digital components.

Their knowledge of our industry, their dedication to our publications, and their reputation have made us feel confident from the start.

The team worked tirelessly to deliver applications that lived up to our expectations.” 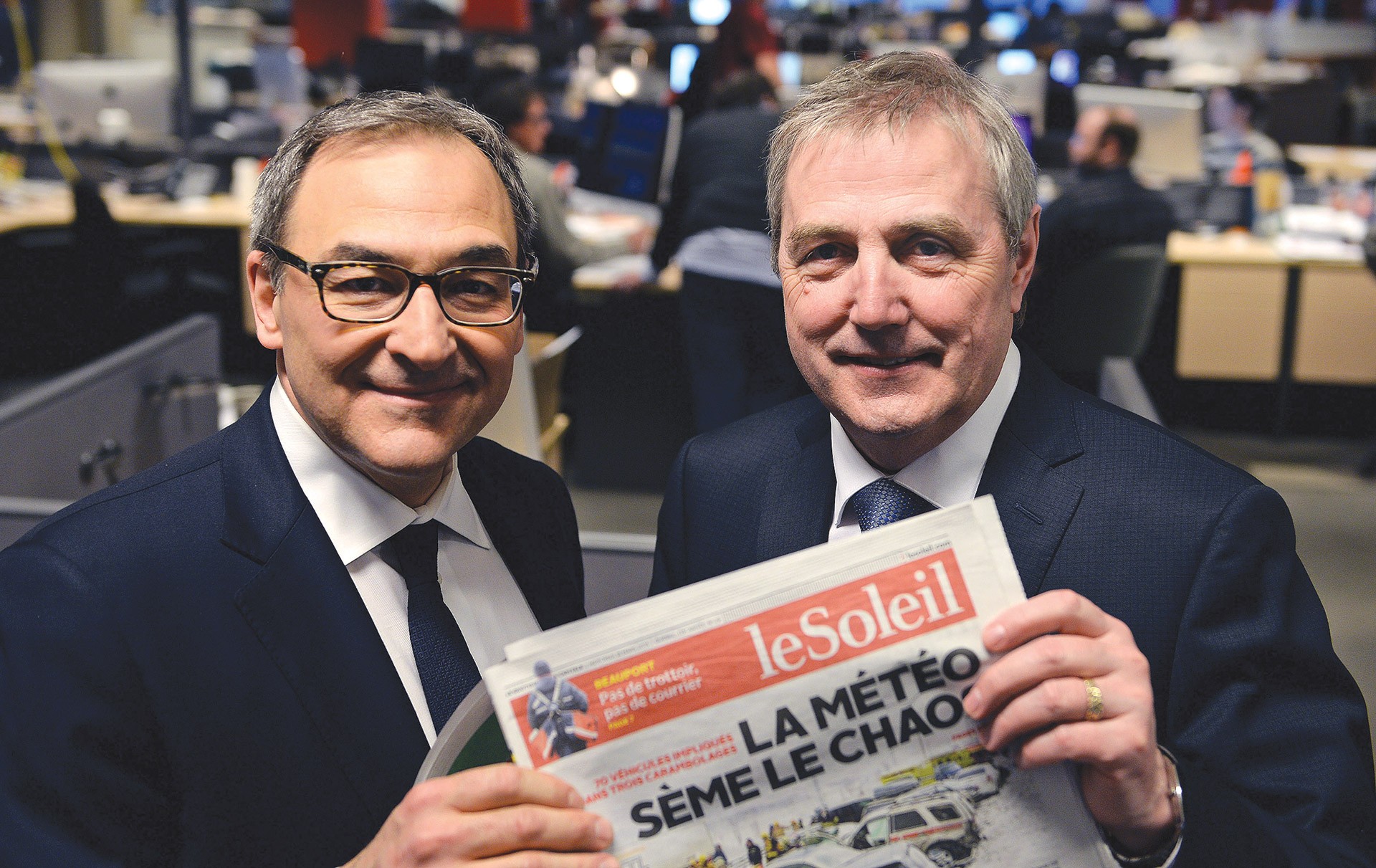